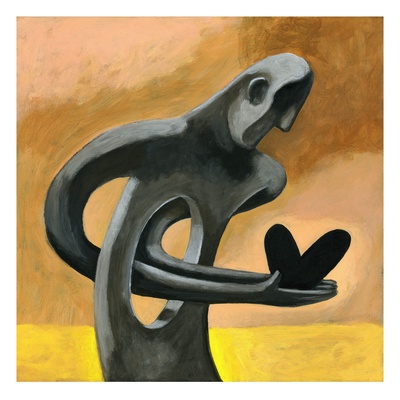 They were right, you know

It’s always been right under our nose.

Specifically, under our rib cage.

It’s not that easy.

But everyone has the strength.

It’s just sitting there waiting to be tapped

If you think you’re worth it.

Doing favors for others guilts them into reciprocating. It’s hardwired, or maybe it’s learned, but regardless, it’s behavioral science.

It leads me to think about my partners’ gifts to me, because their flattery is hard to recall.

One partner left a meaningful book, The Unbearable Lightness of Being.

Another left a tiny, gold-plated picture frame with three words simply scrawled in pen on white paper: “I love you”

Another, a heartfelt note.

Another, a battery-powered, vibrating cock-ring…admittedly, that was mutually-beneficial.

The point being…does the sentimental value of the gift matter if you don’t have any memorable compliments?

As a representative for the transgender community. Bruce Jenner emerged as ‘Woman of the Year’, from the dysfunctional Kardashian family reality TV series.

As a representative for the disadvantaged black person trying to be successful, Michael Brown becomes a martyr, his parents brought up on stage by Hillary at her campaign rally after their son is  killed by law enforcement when he robbed a store and assaulted a police officer.

And as a representative of the patriotic, working class American, Donald Trump is elected: a mega-businessman who gets into twitter fights with people who challenge him, who observes that a female reporter’s criticisms of him are because of her period, who believes climate change is a hoax perpetuated by China.

Who is your role-model? Choose. Or society will choose for you.

And you look at the tree and you allow it. You see why it is the way it is. You sort of understand that it didn’t get enough light, and so it turned that way. And you don’t get all emotional about it. You just allow it. You appreciate the tree.

The minute you get near humans, you lose all that. And you are constantly saying, ‘You’re too this, or I’m too this.’ That judging mind comes in. And so I practice turning people into trees. Which means appreciating them just the way they are.”

The days slip by
They never return you know

Or else why live in delay,

Why live looking back

Outside of time
And not in the actual?

Because a year from now, you will wish you would have started today.

“Health insurance is a scam,” he said. “I refuse to purchase this useless farce.”

He set down the enrollment papers and looked at her.

“What? You are not.” she rolled her eyes.

“Bull is right” she snapped, then went on. “Now, I don’t think you need it if you’re healthy and take care of yourself-”

He came to attention, his eyes focused on hers, “YES.” He paused, contemplating her. “You know?.. you are so sexy when you make sense.”

She rolled her eyes again: “BUT… you need health insurance in case there’s an ACCIDENT.”

He grew distant. She was no longer recognizing the appreciation he was giving.  “Leave me,” he said simply.

She had a look of confusion. He explained: “Leave me there. At the accident. No hospital, none of that technology that only extends our life into dementia and incontinence. What a terrible place to be, so confused that I’m unable to wipe my drawers after I shit myself!”

She shook her head, “The technology is there to save your young, dumb life. And you can’t refuse care if you’re hurt. They’re obligated to give you care-”

“WHAT KIND OF AUTHORITARIANISM ARE WE LIVING IN TODAY?” he burst out, making her flinch and then look at him, tired and disgusted.

He saw her reaction but rambled on, “A man just can’t be left alone to die? Why are we forcing unwanted medical procedures on our citizens?!”

She sighed, “We live in a society now. So you need to leave the cave and join us in this century.”

“I’ll tell you what all this health care is, at its core…” he leaned in like he had a secret gem he was revealing. She opened her mouth to cut in, but instead of her voice out came his:

“Health care is a system of manipulation…by the owners,” he proclamation.

“You’re a weirdo,” she responded, and started checking her fingernails.

“No, it’s true,” he was adamant. “All the industrialists, you know, the BIG ones. Multinational, international, the powers that be…It’s an elite club. And they want only one thing.” He paused.

She allowed herself to be drawn in: “And what’s that?”

He answered, “To make sure they stay on top, of course.”

She shook her head and took out her phone. She raised it above her head, checking angles on a selfie. He ignored this and went on, “…even those in government. They want to make us think we need them, so they force us to have insurance.”

She had settled upon the optimum angle for her selfie, and conjured up a seductive smile. He continued,  “…across every continent. The leaders in each major sector, they are all synchronized,” and this is where he brought his hands together and interlaced his fingers to put a finer point to it:

“They’re organized into a net, no, a web, that goes across everything, from government to business…They both know it’s far better to squeeze as much capital out of the workers, basically, to keep them busy working….then health care is there to provide them the healthy worker to keep everything going. Bring them in to work, clock in, releasing ownership over their lives. You know… to the overlords. And then they clock out, obediently, because the checks they get are like a bribe, a little treat, like a mouse running in a laboratory maze.”

She finally gave him her full attention and snapped, “Are you serious now?” It was a stern reprisal, like for a dog that peed on a rug…a rug that really tied the room together.

He was brimming with righteousness at the injustices of modern society, and then his face softened, “I don’t want to live past my prime. So, as a preemptive message to you, before I get too old to make my desires clear:” he paused, and then, “I’m dying with my boots on.”

“Your boots…?” she said with genuine wonder at what he meant. She asked, “Who ARE you?”

“What, you’re not impressed by my act?” he said with raised eyebrow. “I’m an entertainer,” he stressed the word, entertainer. A giggle escaped her lips.

“See, I do this because I know you enjoy it,” he smiled and reached out to pull her close to him.

She smiled and let him. “I do like it,” she said quietly.

He brought her face close to his and very slowly kissed her, then let his lips hover just out of reach of hers, so that they felt the heat of their breath on each other’s faces.

He said softly, “Actually… I love doing it. It doesn’t matter who it is I’m with.”

She pulled back, and then leaned in to push him forcefully with both hands. Her eyes were indignant but her mouth twisted into a smile.

“You’re a dick,” she said, and got up and walked away.

“What…?” he called after her. “You’d said you wanted honesty!”