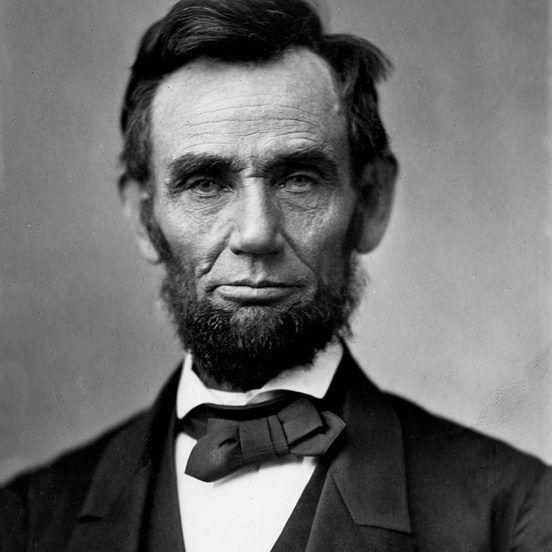 “Labor is prior to, and independent of, capital.

Capital is only the fruit of labor, and could never have existed if labor had not first existed.

Labor is the superior of capital, and deserves much the higher consideration.”

If we’re worried first about capital instead of labor, then we’re doing it the hard way.

And if owners treat labor less than their value, then they will get just enough loyalty from labor to last till the next paycheck.

What’s the best way to address managers who don’t see your value?

Find someone one does.
Or, reassess your value. 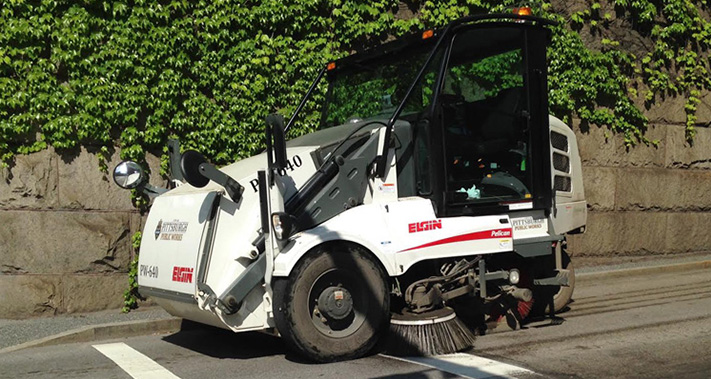 We were doing a pub crawl in New York, an A-Z pub crawl. I run into Bill Murray at a place in the Village, and I said, “Billy, we’re going to go on a pub crawl and do you want to go with us?”
He said, “sure.” So we’re walking down the street, there’s Antique Boutique, and he goes, “Hold on.” He runs in and comes out with an orange tie.
I said, “What’s that for?”
He says, “Didn’t you say on SportsCenter that the hardest thing about being the coach of Tennessee is trying to find those god-awful ties?” He said, “Put this on!”
I put it on, we went on the A-to-Z pub crawl, we for to letter L…and there’s a street sweeper; the machine is on. And Bill goes, “What are you thinking?”
I go, “I don’t know. Am I thinking what you’re thinking?”
He said, “Let’s steal this thing.”
I wasn’t thinking that. I wasn’t. I was thinking, let’s go to the next bar. I didn’t even know the thing was running, and Billy goes, “Let’s get in it.” So he starts to climb up in the street cleaner.
And this guy runs out and he’s like,” What are doing? I’ll lose my job!”
And he’s sees it’s Bill and I think Bill said, “Don’t worry.” He said, “Can I just take it down the street a little bit?”
So we just inched along like a tank down the street.
February 19, 2018February 21, 2018 AraLeave a comment Some of you will think this is nonsense.
Others will accept this as true.

Regardless, everyone has experienced a part of this, if only in short bursts.

Imagine living your life based not on your fears, but on your connection to everything else. That’s when you become strong, because you realize no one is an enemy. And so you stop trying to control, and instead, you start listening.

You start helping, instead of hiding, hiding under labels, and in groups that oppose that other group. Instead of living on dogmatic rules of what must be, you live by principles.

You become honest to what we are: One big group, that needs each other. 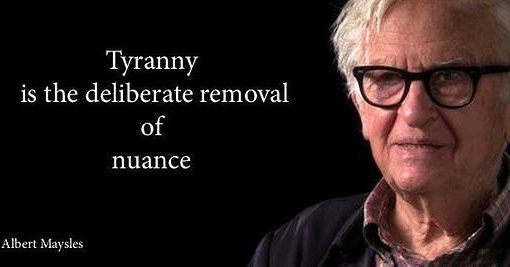 As soon I see another person as being in opposition to me, as being on the “other side”, I have lost. Because I’ve reduced a real-life problem into a 2-dimensional mockery, a binary choice, disrespectful of debate which would lead to the best outcome.

The powers that be love keeping us choosing between right and left, but don’t blame them. It’s what we do: We reduce issues to for or against. And in doing so, we welcome the tyranny
and impede progress 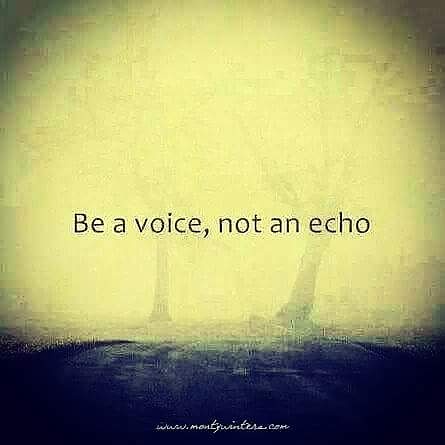 Drifting into echo chambers on the internet is easy.

Your voice becoming part of the cacophony of a particular cave ideology.

Drama and excitement about the latest racist/sexist/white supremacist/immigrant/Islamic terrorist is attractive….It feeds the lizard brain of fear.

But not everything that’s out there needs to be a catastrophe in your personal life. In fact, few things out there on the fringe have much to do with you at all.

Finding perspective is important, because at the end of the day, your voice and your true self is needed.

Your community is made up of people like you, with everyone contributing something. Not what spews from the internet. 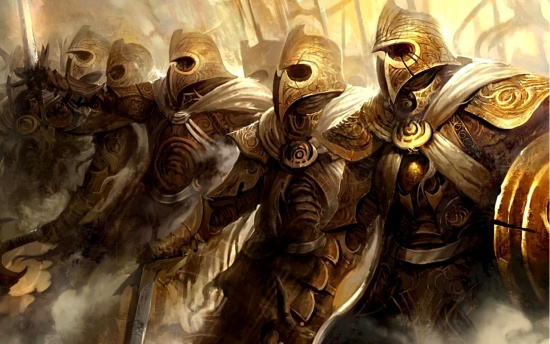 Part 2 of Shoons.
“Sena-tor,” the newcomer spoke in a growl, his snout twitched involuntarily. The man acknowledged him and he offered the scroll to one of the guards. The two locked eyes as the scroll was passed along to the man. “Attendance.” the man said, and unrolled the paper. His face was expressionless as he read. After a minute, his brow furrowed slightly. “We have a missing member,” he said.
Blank stares looked around, searching for the person who wasn’t there. And then, as if on que, the crowd moved, opening to allow the latecomer. He was tall and lanky, walking quickly, leaning forward, head down, face up. He made his way to the front, where he was met by a couple of men. “I am sorry,” he said, “I was working and the time sped so quickly-“
“Your work,” one of the men said. “Not Estate work.”
“We have a time segment for our personal needs,” the other said.
Senator cleared his throat. “It is tempting to stray, to follow the heart’s passion, to go outside of the program. Yet-“
“But I think I have found a 3% efficiency improvement to our distribution process-“
Senator’s eyes brightened. “Well, then…that is certainly good news. You will share this with the others during Collaboration so we can decide how to proceed with it.”
The man attempted to say something in reply, but was motioned back from the podium into the crowd. “If I could continue my work for a short segment,” he protested, and murmuring began in the crowd. “I have made-“
At this the Senator’s face grew cross. “You didn’t make anything,” he snapped. “It is the program: We work together, and we move forward together.”
He paused and seemed to relax, then continued, “Your work is meaningless in comparison to the bulk of progress from Academia. Furthermore, your tests are unsanctioned and unguided, until reviewed.” He smiled now, and looked across the crowd:
“It is the program that moves us forward. It drags us along, regardless of what we believe as our personal truth. It gives us the ultimate truth. And those who do not accept it will not only be denied the truths, but will face justice for failing in their responsibility to the Estate.”
February 5, 2018 AraLeave a comment 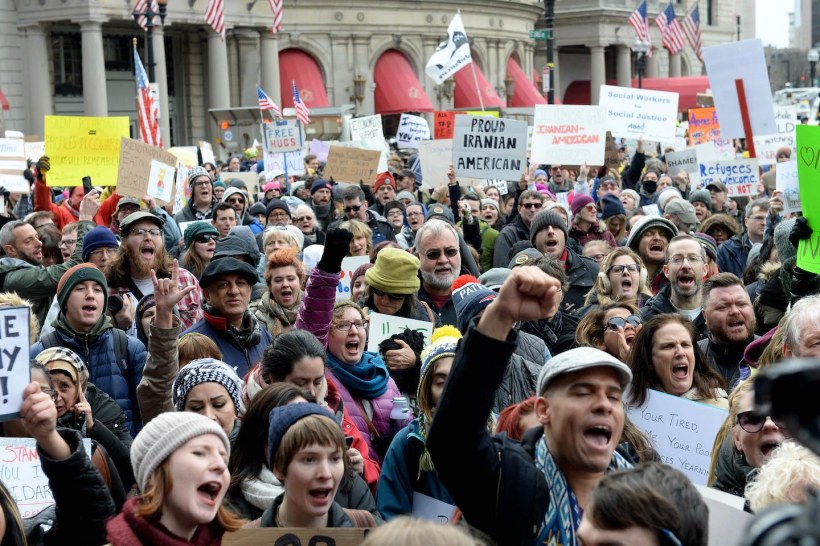 She said she supports the Women’s march.
Translated: She’s a bigot.
I stop listening.

The irony in all this: Applying a generalized label to someone based on one data-point, from people who claim to support science.

Another irony is criticizing “bigots” and avoiding conversation with those you disagree with, and thinking you’re not showing bigoted intolerance, too.

How does this happen? Because I’m so sure of myself that my philosophy becomes my ideology, which becomes my morality. And why argue with those who are immoral?

I haven’t heard it all. I don’t know it all.
And neither have you. 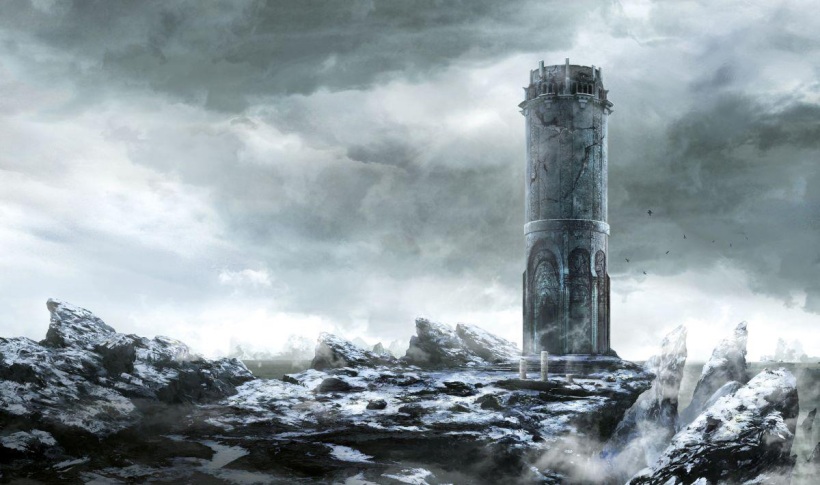 The man’s words were serious and reverential. But he smiled a small, easy smile, which made everyone feel comfortable. His skin was the rich earthy hue of sand, smooth and faintly creased around his mouth.  The picture of vibrant health.

“Through the Legislation,” he declared, “we have found the clarity of science. And through its logic, we have found peace.”

He looked out at all the faces watching himx . They wanted to hear more…so he continued:

“We have harvested its truths, the fruit from its tree of knowledge. Fruit that was ever there, waiting…Waiting for those mindful enough, motivated and willing to seek it out.”

Here he became resolute: “We had the drive. No…the necessity,” and he stressed that last word, “to seek it out.”

He paused. “And we were methodical in our studies. We ran the information through our trusted algorthms, using sophisticated models using many inputs to anticipate every eventuality. These models came from the unbiased consensus of the collective from our best researchers. And it is the consensus which will carry us forward. It provided us the the means of improvement, of ourselves, our families, and, above all, of our community.”

He turned to his left, and then to his right, to take in the two figures that towered beside him, each almost a head taller than the man.

“Our loyal shoons,” he said, admiring them, “the manifestation of analytical genetics.”

Their nostrils flared from their small snouts. Their lips were fine and delicate and their pale skin was so colorless that it seemed to glow with magic energy. Solid muscle tensed in its tight sheath of skin.

“The efficiencies and fail-safes we have developed give us the luxury of life without worry of variabilities and, so, they mitigate indecision and overwhelming options that distract. Each knows his role, what is required, and this is a logical conclusion from scientific evaluations. Each knows his duty to our society.”

“We move forward, not by happenstance, but by the clarity of Central planning, he continues. Because we have more choice. He looked across his audience. Together we survive. Our night safety program improves the Shared Counties. It keeps violence and thievery at all-time low, the population safely indoors and out of harm’s way.”

A messenger shoon carrying a scroll appeared at the edges of the crowd and approached the man. The two shoons flanking the man tensed, the potential violence held in their new stance was apparent. It caused the messenger to hesitate a short distance away, waiting for the confrontation.