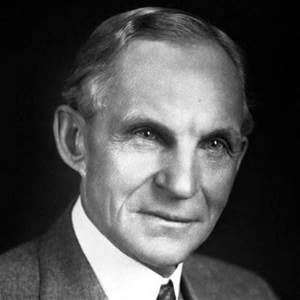 The tolerance for failure must be just as important as skill, because many successful people failed many times before they succeeded.

One of them was Henry Ford. Say what you will about his Anti-Jewish stance and his opposition of labor unions, but he had the confidence in his engineering designs to take the automobile, which had already been invented, and to take the assembly line idea from the meat-packing industry, and put them together. And this was after failing at his first two companies!

Interestingly, though he was against labor unions and his was the last auto company to accept them, he had a paternalistic policy to reform his workers’ lives both at home and at work.

The message? Get good at something, be resilient to get through your failures (because you will in all likelihood fail), and don’t be afraid to go against the conventional politics if you think you can rule your house better than others.