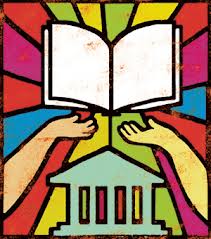 I’ve been reading the non-fictional works of Steven Pressfield. He writes about Resistance (no typo there. He takes Resistance seriously) preventing you from pulling the trigger on creative endeavors, be it writing, starting a business, or implementing a major self-improvement in your life. In one part, he writes about how we may rely on icons to help us instead of helping ourselves. That’s when I realized something embarrassing:

I’d turned him into the icon that he warned about.

As my thoughts frequently turned to the resistance he’d written about and overcome, I realized I was avoiding the resistance I needed to face myself. I wanted to revisit his encouragement, instead of doing the work. The most ironic thing is, he’s the best guide of all, because he has no system of rules, just one simple direction: Stop distracting yourself and do the work.

If your guide starts presenting rules, he ceases to become your guide. Rules are for those who can’t control themselves, or their power, and they encourage that mentality. A guide who gives rules starts becoming less of a guide, and more of a dictator. I found myself picking up Pressfield’s book like a religious doctrine. I felt good after reading it, sure, but then I realized that his writings had become a crutch. And it became addictive, and restrictive.

The same applies to your friends or partners if they want you to be a certain way and follow some definition of what they want. And the same applies to our political leaders who want to help us, but sometimes pass some laws that restrict us.

These groups should empower us, not take power from us. And it’s easy for us to give our accountability away. To a friend, lover, priest, guru, or lawmaker.

Pressfield’s works are empowering, but I made them my source of power instead of claiming the power he was showing was already in me.

The good feelings I would get when picking up his book and reading a bit, became just that. Good feelings and little else. It’s nice to feel good. But if you want to produce something, feelings don’t do much. Producing something… something good, and beautiful and from you… that requires practice. Showing up everyday and doing the work.

And far from being a selfish act, this internal source of power is more selfless, because it doesn’t require you to take power from others. It gives you the capacity to generate this power at will. When you can do that, you can share it without fear, because you will have it always. And then the world stops becoming a series of partners or jobs or cars or clothes to give you validation. You stop collecting stuff in a world of scarcity where you need to guard those partners or worry about that job. Instead, the world becomes abundant, and at that moment, you not only make yourself happy, but you will unconsciously spread that happiness to everyone you meet.