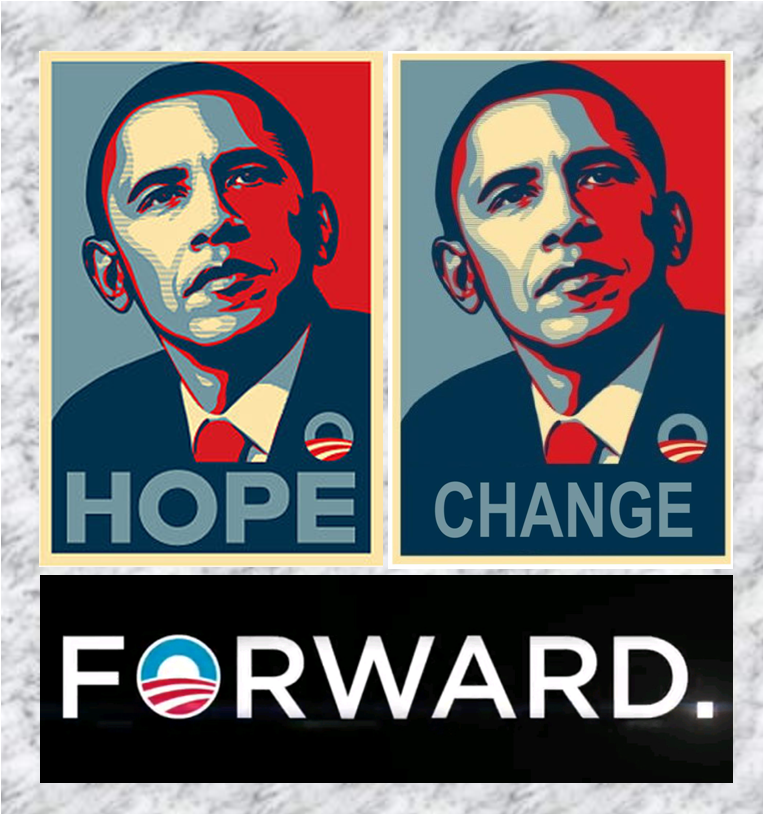 We voted for change with a young, idealistic black man with our current president. Today, we look to an old, critical white man for the same change.
The most meaningful change to strive for is in our own life and our own community. The rest is…overblown. The work done up there in the halls of government is important, but not as important as the attention we give to our own lives and neighborhoods.
The best hope to have is in yourself and the friendships you forge.

When someone speaks reasonably about unreasonable things, they are either a genius, or a madman. Cast your vote carefully. If a person talks about spending money they don’t have, putting value in something that has no inherent value, taking away your liberties to fight an unseen enemy to protect your liberties, find another person to vote for. Gridlock ends when we elect people, from president to state rep, who will do the right thing, not follow what was done before because that’s the way things were always done.

Remember: There are many who are thinking just as you are.

Many feel that money influences our representatives.

Many believe that elections are decided by money rather than votes. I think this is correct, but only in so much as we believe that is true and willingly throw our vote away or not vote. I know this because I was one of those who felt helpless and didn’t bother voting.

I was helping to creating an environment of hopelessness. An environment that promoted the idea that our neighbors are ignorant, dumb, and lazy. Then I realized something important. With this attitude, we will never elect any real change into office. We will think our personal vote doesn’t matter because it will be diluted by the mass of humanity who isn’t paying attention.

But I was wrong. I was more than wrong, in fact. I was part of the problem!

As much as people are focused on themselves and their wants and their opinions, they are also influneced by their environment. In fact, studies have shown if a person is given a test with an obvious answer, they will change their answer to the wrong one when they are put into a group of people who provide that wrong answer!

It is indeed true, if you are not part of the solution, you are part of the problem. Devalue your vote and your fellow citizen’s capacity to do the right thing, and after a time, you will find that that is precisely the environment you live in.

Value that vote. Ask others how they’re voting. And why.

In Egypt (and Syria, and Tunisia, and Bahrain) people are rioting against military police because they don’t want to be told what to do by a dictator. They are being arrested without trial by secret police and being tortured because they want the right to vote.

Don’t throw your vote away.

The question to ask yourself is: What are the most important issues? And are the Democrats or Republicans addressing these issues, or avoiding them?

Remember, the power is still with us.

In 1942, after Japan attacked Pearl Harbor, the US government collected over 100,000 Japanese-Americans, most of them American citizens, and detained them in internment camps for over three years because they were seen as threats to American security.

Today, a bill approved by Congress gives the President the power to remove American citizens’ right to trial and allows the military to detain them as an enemy soldier. (From the Act: “Detention without trial until the end of the hostilities” of anyone who “substantially supports such groups and/or associated forces.”)

Before this act, the President only had the power to detain those who “helped perpetrate the 9/11 attack or (b) harbored the perpetrators.”

We give great power to our government and we trust them to use it wisely. What do you think? Should the government have this power to jail you without trial if they find that you “substantially supported” terrorism without defining “substantially” or “supported” and not not allowing a lawyer to argue it for you? And if so, should the President claim these powers “until the end of hostilities” in a war against terrorism which has no clear end?

The government has the power to dispense justice under a system of law with clear codes of right and wrong.
If Obama signs this bill today, the government will be able to decide, without argument, when punishment is necessary and how to dole it out.

These are serious questions that I hope all of you would consider to ensure we can live a happy life.