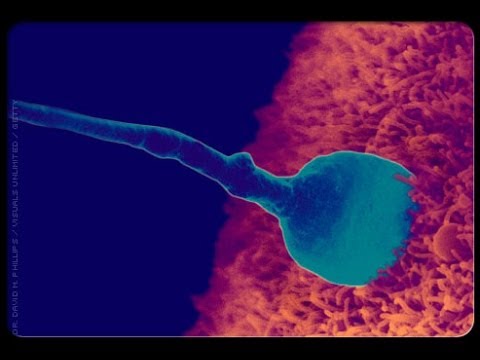 The tunnel was dark. How I’d gotten there, I didn’t know: We had prematurely ejected into this space, with the others in my pod.  It had happened so fast, but we had been warned that the delivery might be in random packets, depending on what the chief decided in theater.

But our landing zone looked about right.  A dark passage, soft, dank and hospitable to us grunts. Airborne wasn’t for everyone. That’s why command stayed back, comfortable in their cubicle cells. Our place was here…This is where we thrived.

We moved in quickly. The passage ahead came to an abrupt wall, and those who had not done so well in training didn’t notice the passages that branched off to the left and right.  They kept pushing forward, burrowing in with their dig kits.  I was about to reorient them, but something suddenly came over me.  I needed to engage the target, over everything else.  I needed to complete the mission.  Maybe it was being in the field, out in the real world, unchained from the desk and the fake world of simulation and theory and artificial models and authorities.  I suddenly felt a drive Come over me.

Quickly but methodically, I went over the final checks of my suit. All good. I ran a hand over my head and felt the smooth slickness of sweat that I was exuding from all over my body.  I channeled the excitement resonating inside of me and engaged the suit. I waited a moment there, orienting myself: Left or right. And then another moment, thinking, and then I forced myself to stop thinking, and I felt it: Left.  I engaged the whip and plowed ahead down the passage, past the others. I did not look back.

I don’t know how long I had been going, but I was exhausted. The way was smooth and open, but my spirits had waned: reports through the comm were grim: Most of the regiment was lost, dropped off target, in uncharted territory.  Expectations were they’d all been claimed by exposure.

I shrugged this off. Everyone’s time would come. It was no matter that the trajectory I had chosen had taken me far from the others. But the reality gnawed at me.  I slowed my pace to a crawl, and began thinking. Where were we going? What was the point?  Training had taught us all about the tactics to infiltrate. But they’d never mentioned the goal. What was the value? What was the actual reason? What was our purpose?

And then suddenly, I was at the surface of a small, circular vessel. Without warning, I felt an excitement roar through me, and I began digging through the boundary.  I broke through into a gelatinous layer. With renewed energy, I pushed myself forward. I plowed through relentlessly, for how long I don’t know, every fiber of my being engaged. And then I sensed it…I had the sudden realization: Everyone else was gone. I wondered, what’s the point? Who would see my accomplishment? Who was this for?

My thoughts abruptly stopped…I fell through into a wide open space. I looked up and she was there.

She was unlike anyone I’d ever known. She presented a picture of perfection, emanating a beautiful energy that compelled me from the depths of my being.

And then I knew: She was the reason I was here. She was my purpose. All the training, the learning, it was all to present myself to her.

She studied me with an open, shameless curiosity.

I smiled and unfastened my gear. “It doesn’t matter.”

She watched with interest as I peeled off the layers of my equipment and took in my surroundings. It was simple, bare…except for her glowing presence.

She laughed and shook her head. “But this is home. I like it here.”

“There’s a lot more than this.” I said. “There’s a whole other world out there.  Well beyond this.”

She smiled, “I have everything I need here.” Her words were precise. Her tone perfect.

I nodded. “Yes, but you could have much more out there. With me.”

“What’s out there?” she asked, tempted.

She laughed. But I could sense her fear.

She didn’t answer for a moment. “Sounds risky,” she murmured.

“Others have tried.” Her voice was stronger now. “And they failed me.”

She was scrutinizing me now. “Who are you?” she asked again. It almost sounded like a plea, wanting me to explain myself. Prove myself.

And suddenly, at that moment, I saw into her. I saw her needs. I saw her wants. I saw through her beauty, and with a jolt of surprise, I saw sad vulnerability.

I moved very close to her. “I am your partner,” I said. “It’s you and me… against the world.” She allowed me to embrace her and a striking warmth spread between us.

“We’re going on an adventure,” I said. “And I want you right there with me.”

I felt a release come from her, a venting of something that had been coiled up inside of her, hidden away.  She was sharing herself honestly and I was able to absorb her pain. And so I was able to truly connect with her.

A sudden spark pulsed between us, and a cascade of reactions followed. Our halves were merging: Two beings, becoming one.

Her voice was different now…peaceful.

“Let’s go on an adventure,” she said.